THE EQUINOX IS UPON US

TRANSMIT – initiate the hagstone signal – RECEIVE – initiate Neolithic frequency – THE REALITY YOU ARE EXPERIENCING IS A SIMULATION – illumine the Avalon misdirection – WITNESS – Stonehenge.

The elusive Druids of Avalon require your aid – their soothsayers foreseeing the dark days ahead – and have emerged from the shadows to be seen and act among the societies of the Secret World.  An ominous premonition suggests Stonehenge is in imminent danger, and may be unprepared for an impending Occult Disaster… 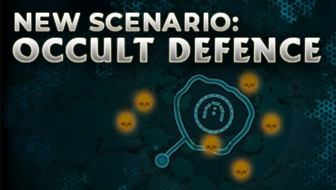 The Council of Venice have agreed to utilize their virtual reality system for a new combat simulation: Occult Defence of Stonehenge.

Your mission is deceptively simple: Defend the Hagstone, the ancient artifact laying at the heart of Stonehenge.  This artifact draws power from the the world’s ley lines and works to conceal and protect Stonehenge and the Druids’ home from danger.  Should the Hagstone’s integrity be compromised, it’s fission mailed – so keep it together!

What threats will you face in the simulation?  Just endless, unpredictable waves of monsters trying to destroy the objective, that’s all.  😉 You will need to keep enemies away from the central objective – an enemy simply being near the occult focus is enough to damage it.  If you survive a wave, you have an opportunity to halt the simulation and collect your compensation, or you can carry on and raise the danger level.

High-powered agents may also be happy to hear that you may start the scenario at a danger level where they left off, so you don’t have to start at level 1 every single time.

Just pick something you’re comfortable with, and keep going.

It’s dangerous to go alone – bring a friend!  Occult Defence is designed for solo and duo play, and is made to scale infinitely! How far will you make it? 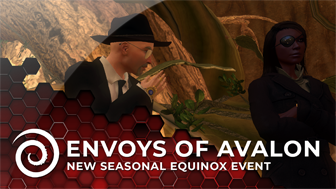 On each equinox, the druids of Avalon send their envoys to forge alliances with other Secret Worlders. For a limited time, you’ll be able to find Druids of Avalon in Agartha as they help usher you to the training simulation.  Discover event-exclusive legends and get a chance at special loot, including agent dossiers.  Seek them out in the center of Agartha!

Once the equinox passes, the envoys will need to return whence they came – but fret not! There’s two equinoxes in a year, so the druids will return soon enough.  Even as the druids return home, the Stonehenge Occult Defence program will remain active on the Venetian servers, allowing you to continue your training. 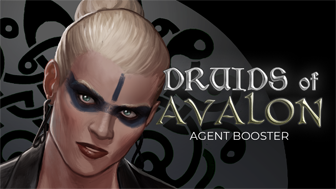 With the release of Occult Defence and the Envoys of Avalon comes new agents for you to command!  Opening a Druids of Avalon Agent Booster has a chance to contain new Agents or Gear Reward Bags!

See you in the sim, agent!  That’s all for now, but there’s more to come.  Stay tuned.